The Workings Of Keyless Entry Remotes In Car

Posted on: November 4th, 2016 by admin No Comments 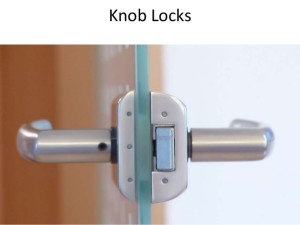 sing number of car thefts has made the safety issue an important consideration. The solution to this issue lies in the remote keyless entry which is now wide used in cars nowadays. Other than providing the necessary safety features to the car against any kind of theft, these remotes also provide another comfort with the mere pressing of a button. In the last fifteen years, the bulk of the cars produced have options for keyless entry, and this feature is increasingly becoming popular among the masses. But how these remote keys are operated?

There is a short range radio transmitter within the key that operates to a distance of about twenty meters around. The technology used here is similar to that used in opening electronic locks or garage doors. A signal with a code is sent by the transmitter. If the code so sent matches with the code existing at the receiver, the car’s mechanism is activated, like disengagement of the electronic lock or opening the garage door.

Active remote entry keys have been in existence since the 1990s. As a button is pressed, a code is transmitted with a matching button command, like unlocking the doors. Due to the transmission spreading in every direction, one can unlock the car by pointing the key in any direction. The transmitter and receiver have similar codes so that no other cars get unlocked. It is only with the right code that the receiver gets activated.

The recent additions to keyless entry are the smart key that could execute commands without any need to press a single button. The core of this technology is the presence of low-frequency antennas all around the car, usually including four to six in numbers. A magnetic field is created around the car. The key fob has an active low power LF detector that remains in a sleep mode. As soon as the low frequency existing around the car is detected by the key fob, it switches on and starts code transmission. As the antennas pick up the transmitted code, it detects the right location of the key fob, like in the driver’s seat or next to the door.

The most important consideration with keyless entry system is security. Due to the millions of key fobs existing around, it is important that only the right key fob opens the car door. In addition, the security should be such that no one can easily receive the coded transmission emanating from the key, and after doing the necessary duplication, access the car again. To achieve this level of security, mobile locksmith services do heavy-duty encryption. Although every car key has its own encryption method, but the present day cars have encryption key with 128-bit encryption, which refers to the code key to be 128 characters long. This type of encryption is done on a rolling or changing manner. A program synchronizes both the receiver and the transmitter that generates a new key every time in a random fashion. The existence of rolling and changing encryption is the basis of defeating the hackers trying to steal an access to the keyless entry systems.

About Half Price Locksmith

Half Price Locksmith is a service provider, providing 24/7 locksmith service all over Hollywood FL since 1996. Our business owner Sharon T established the company considering the ever-growing need and demand of a reliable locksmith service in the city. Here we understand how the security of your family matters to you. Half Price Locksmith assures that your home will be highly protected with our top-notch services. For every requirement, we have a solution to offer. Lock picking, automobile, and residential locksmith, you get every possible locksmith job done smoothly and quickly with the help of our specialized professionals. You can avail our fast and finest service with a single phone call. We promise you a fair and fixed price from us. Half Price Locksmith doesn’t charge you extra for our late night services. Our experts look for customer satisfaction and thus we take pride in our commitment and quality.

Why we stand apart from others?

Half Price Locksmith Hollywood,FL Customer Reviews
4.7/5 based on 121 reviews in Google My Business